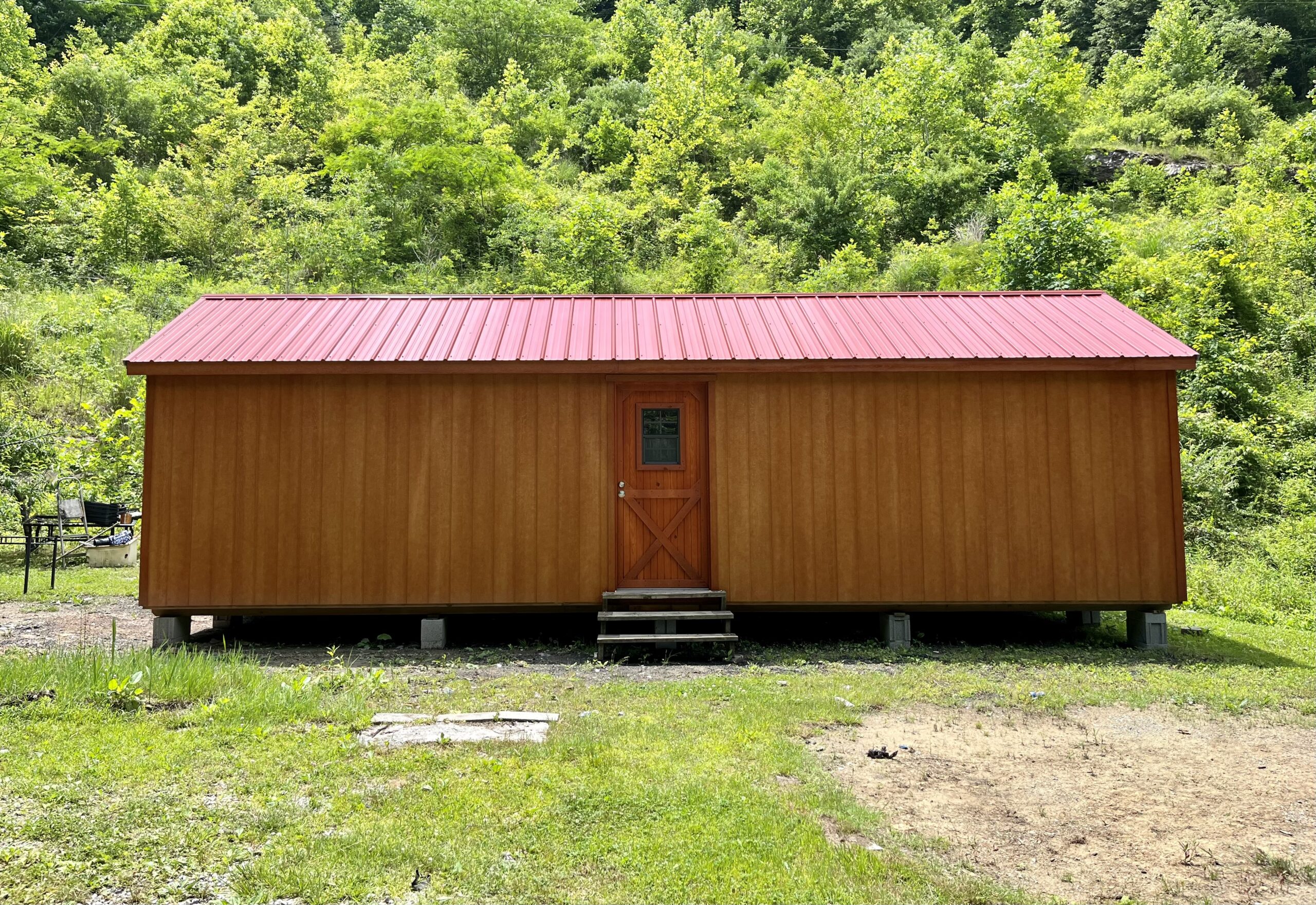 By Chelsi CrockettJune 10, 2022No Comments

In Floyd County, Kentucky, the Appalachian Mountains just bowl over you.

These are the kind of hills you can get lost in. No service. Switchbacks the whole way. With the few houses you do see, residents are always on their front porch. A resilient spirit in their stare. Gadsden flag like the sun.

ASP staff in Floyd lead me to the home of Renee and Sara: a mother and daughter. There were two houses on the lot: one was Renee’s, the house that ASP staff in Floyd County has signed on to do roofing and drywall repairs, and the other belonging to Sara. We sat on Renee’s porch to talk, and when our conversation veered to their history in Floyd, Sara began gushing about her old home down the road, a home that she had built herself. She pulled up Facebook and walked me through each project she had done over the past four years. I couldn’t help but be blown away. She had done the insulation, and electrical wiring herself, Googling “how-to” articles at every juncture. She built all the rooms from old pallets and spent months decorating the interior. “It was just me and my dad that built that house. But it was more him sitting down and telling me what to do while I worked,” she said. The result was a beautiful and homey log cabin. Had she not told me the story beforehand, I would’ve guessed it was a destination Air BnB.

However, I was confused. There was an obvious sense of accomplishment and pride when she talked about her old home. What could’ve prompted the move? When I asked her about it, she told me a story.

Last December, Sara was baking Christmas cookies for her neighbors and friends. After she had finished and cleaned up the kitchen, she started to walk upstairs to go to bed. However, she had a feeling that she should sleep on the couch with her dogs instead. “It was almost like a voice, kinda like my dad’s,” she said, “He was no longer with us at this point, and I just felt his presence telling me that going upstairs wasn’t a good idea. And when I fell asleep, he was in my dream. He looked better than he ever had on Earth, almost like an angel. He came up to me and said, ‘Sara, you need to get out of this house right now.’ It woke me up.” When she opened her eyes, she saw that her house was on fire. “The flames were over my head, and the house was engulfed. But from the couch, there was a path to the front door for me and my two little dogs. By the time we got to the door, the fire was out of control. The doorknob was scaldingly hot. But we made it out. I wasn’t halfway into the yard when the fire hit the gas line, and the house blew up. Now, if I hadn’t slept on the couch—” She paused and began to choke up. She took the locket at the end of her lanyard into her hands. A picture of her dad was inside. Her thumb slowly passed over it. “It’s just hard. I spent four years of my life on that home, and in one night, it was all gone.”

“What about the new house?” I asked.

She lead me over to her new house. Though she bought a shell this time, she traced her plans for each room to me, beaming the whole time. The insulation had begun to be installed. There was a new couch, bathtub, and vanity mirror donated by friends and neighbors. Her eyes were set on the future: “I’m excited to hang around when they (ASP) work on my mom’s house this summer. Maybe I’ll be able to pick up a thing or two from them.” I’m quick to point out that staff and volunteers would be able to learn from her also; not many people have the experience of building an entire house themselves.

As we exited, I noticed that the stairs up to the front door were weathered, off-colored, and didn’t match the rest of the house. When I asked her about them, she told me, “They’re the best part. One of the only things that was salvageable from the fire was the stairs. I fixed them up and brought them here. My old front steps lead to my new home.”