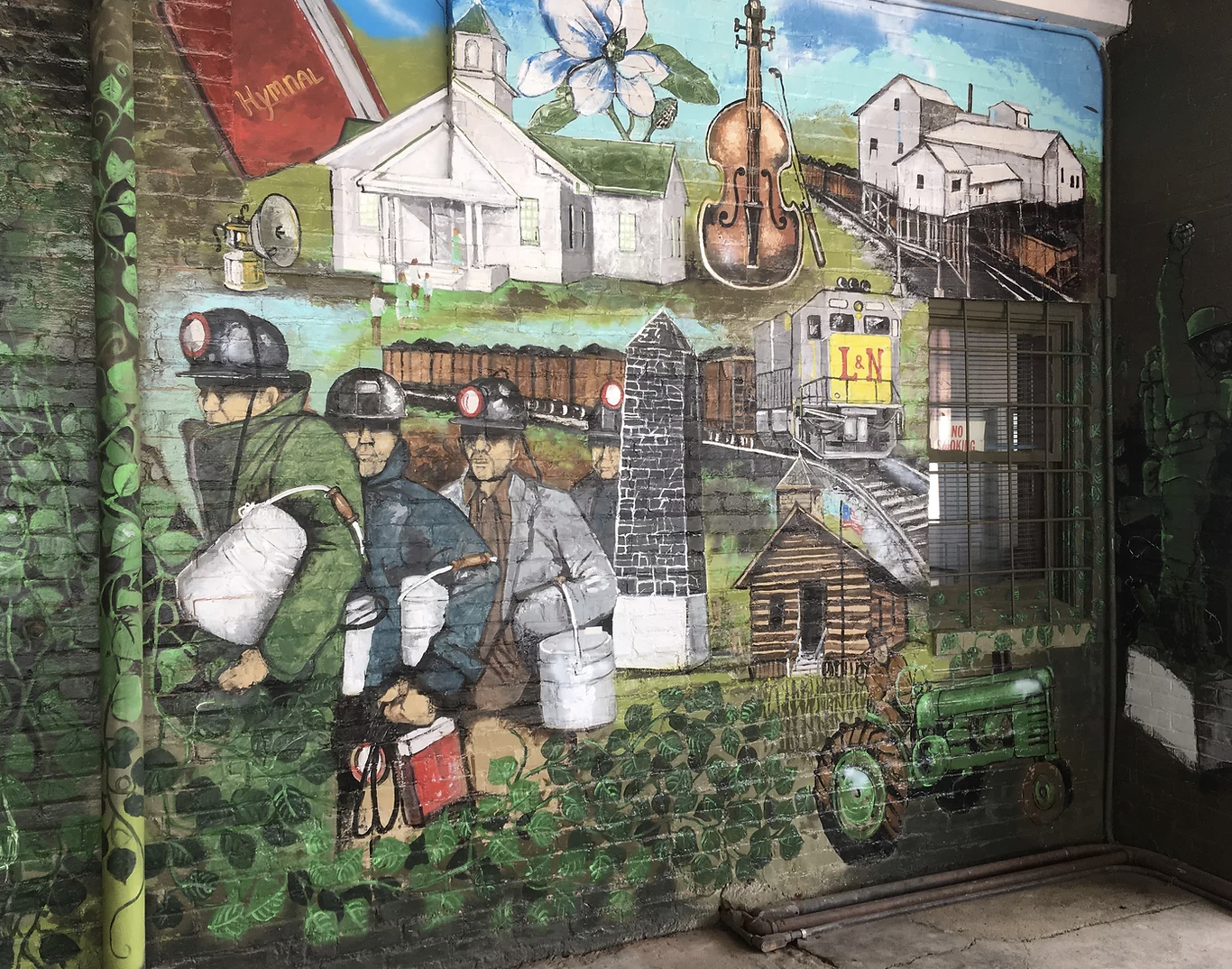 Putting Down Roots: Love Thy Neighbor

By Chelsi CrockettJuly 22, 2022No Comments

Last week, I watched Harlan County, USA. The 1973 documentary covers the coal miners of Harlan striking against the dangerous working conditions in the mines: black lung, injury, and no pensions. But it’s the women of Harlan that lead the protests. They hold town hall events to plan their organizing, goad the rest of the community to join them on the picket line, and sing songs of protest and hardship at every juncture. It’s heartbreaking and joyous and real and does what good art does best. It reflects reality. In one scene, strikers stand in a line to block the road up to the mine. They’re linked arm in arm.

Christ’s Hands, the facility where ASP staff in Harlan is staying, started in the late 90s as a humble soup kitchen. As the demand for service grew due to the welfare cutbacks of the Clinton administration, Christ’s Hands expanded. They added a food distribution center, an emergency shelter for natural disasters, and a job skills workshop. They open their doors for other Christian organizations working in Harlan, like ASP. During my stay, I saw their monthly emergency food pantry in action. Cars snaked around the block to get one of the 40,000 nutritional food boxes they give out. Community members browsed the free clothing racks that line the building’s front porch. Christ’s Hands is the linchpin of Christian service in Harlan. It makes ASP’s mission there possible.

Brian, the facility manager, shares the building’s history during ASP’s culture night. He told us that the three-story rustic brick building was donated to the organization. It’s an old mining warehouse.

Jimmy, a homeowner, refers to his father and his great-great-grandfather simultaneously as “old timers.” Volunteers stood on two ladders putting up siding on his home. He spoke with me on his back porch while they worked, “There’s a lot of tradition that gets passed down from the old timers through the church. They taught us ‘come as you are.’ It’s what’s in your heart that counts,” he said, “ We’ve had coal miners come in, dirty from head to toe. They bring a sheet in with them, throw it down on the pew, and will instantly be in fellowship and prayer.”

As I drive away from Jimmy’s house, I see a heat mirage settling over my receding view of the worksite. In that haze, the volunteers, side by side on the twin ladders, spiral together like a double helix of DNA.

Murals decorate the front porch of Christ’s Hands. Portraits of angels, coal miners, and the Appalachian landscape line its walls. They’re depictions of the shared culture that birthed the strikes of the early 70s, of the strikes in the 30s. Love thy neighbor, for their struggles are your own. You look out for one other. You lift each other up.