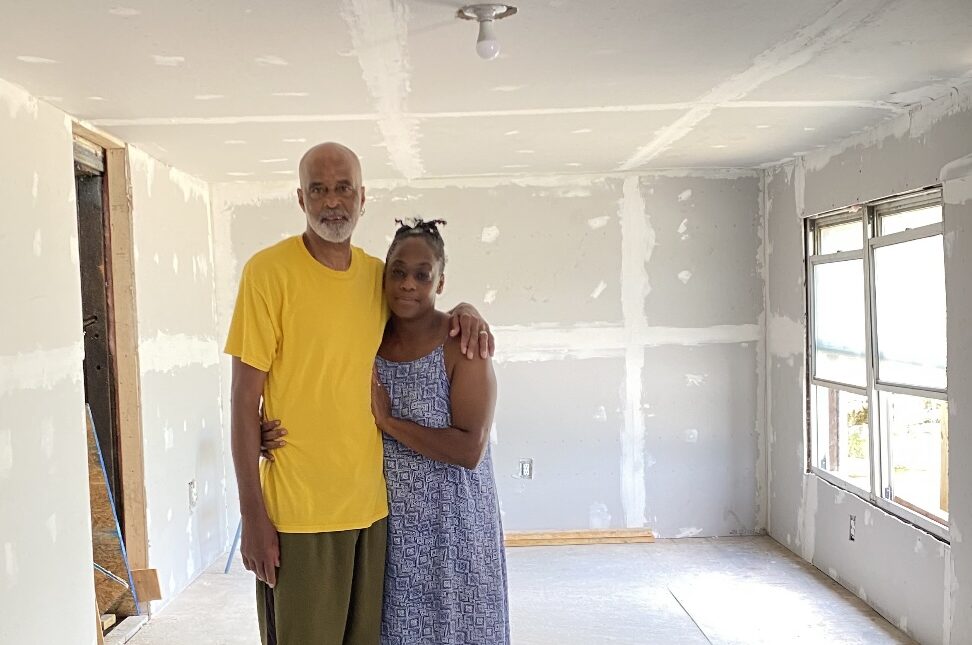 By Chelsi CrockettJuly 29, 2022No Comments

My visit to Fayette County, West Virginia, was plagued by rain. Hard rain that made the outdoors look like Genesis.

I got poured on waiting outside of Kenneth’s house. His home sat on a sharp incline, and the water was coming at me sideways with the wind. My jacket was made for up-and-down rain, not this. I was miserable and tired and soaked like a dog. Kenneth appeared in the doorway and waved me inside.

I sat down with Kenneth, a homeowner, in his living room to talk. When I asked how he got in contact with ASP, he told me the abridged version of his life story: his childhood, how he met his wife, and how the last three years have dramatically changed his life. In October 2019, he and his wife were on their way home from a parenting class. When they pulled onto their street, they saw the entire neighborhood standing in front of their house; it had caught fire. 911 had been called, and there was nothing to do but wait. He told me that as he held his wife in front of his burning house, the only thing he told her was, “we’re going to build back.”

For the next two years, they did just that. Together, they rebuilt the entire second floor of their home with no electricity, only battery-powered power tools and hard work. Extraneous wood from around the house was cut and reappropriated to fix the burned pieces. They turned an empty bedroom into a walk-in closet and redecorated. Sitting on their sofa, everything looked in place. The framed photos lining his mantle suggested a long history here. The story of the fire seemed remote and far away, the upstairs work complete.

But two years into repairs, Kenneth came down with pneumonia and was hospitalized. He couldn’t finish the lower level of his home, “It took my heart out. I couldn’t keep working like I had been.” Enter ASP. This summer, volunteers demoed a wall, put up drywall, painted, and installed a new back door. “God is good,” he said, “We still got things we’re working on. You know what I mean? We’re not perfect, but you give him yourself and look up what he gives you back. Hundredfold or more”.

Kenneth told me that every opportunity he can, he sings God’s praises because of the blessings he’s received. He plays guitar in his church’s worship band and led their revival titled “In the Fire”, named after his equipment that still smelled like smoke. When I told him I play guitar myself, he asked if I wanted to play a song with him. Of course, I said, beaming at the prospect. He sang the blues in a heartbreaking drag, and I played riffs around his voice and it was all light and fun and improvised. The music took on that transformative property that language just can’t, where the self-consciousness of perception withers away and real listening takes place, real connection. He let me take the solo.

Walking out of Kenneth’s house. Back in the rain. But now, I felt different about the weather. Rain forces us inside, reminds us to talk with one another, and makes us say blessings for our home. Rain can be a relief. Rain can purify. 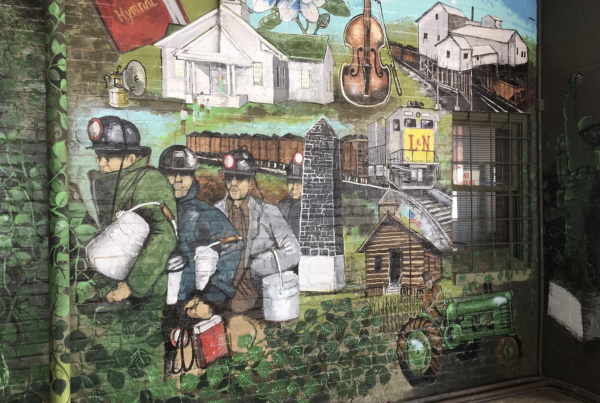 Putting Down Roots: Love Thy Neighbor